Substantiation is the key to dilapidations

When acting for a tenant, I have always strived to put the onus on the landlord to substantiate their loss, while considering the full extent of their lease obligations such as repair, reinstatement and redecoration. With the market taking a nose dive in 2007, tenant surveyors were questioning landlords’ intentions and the actual loss incurred was becoming the focus of debate. Consequential losses became a thing of the past because of low demand for property and it was commonplace for a tenant’s surveyor to insist on evidence to support the landlord’s claim. The pressure on landlords subsequently increased, and establishing a definitive loss became the ultimate goal in reaching an amicable settlement.

There are a number of variables that can affect the course of a dilapidations negotiation. The recession has resulted in considerable void periods before new tenants can take occupation or even agree ‘Heads of Terms’. This can make it difficult for landlords to substantiate their claim as any supersession has not yet been proven. Of course, a standard landlord’s statement of their intentions is that they wish to ‘undertake the dilapidations works and re-let’. However, in reality, without a tenant signed up, how can they say this for definite? Do they have a crystal ball we don’t know about? Perhaps then, in the face of a particularly savvy tenant, this may be the reason why a landlord may only threaten legal proceedings, instead of actually putting the wheels in motion. They know they cannot substantiate their loss. That brings us to ‘Quantified Demand’, presumably the mechanism brought in to overcome this uncertainty. But, does it? A building surveyor can only confirm what their client tells them, and so the liability rests with the client. Most landlords would probably agree it was a risk worth taking.

As a landlord’s surveyor, my advice is to demonstrate your client’s intentions by tendering the works and instructing a contractor to proceed. A tenant cannot argue with that, assuming Section 18 is not a factor. Think of it as the most efficient way to bring your property into full repair, one that will ultimately save you money in the long-term. However, landlords have been often reluctant to procure works unless the funds are agreed and in their account. It is commonplace for this process to take months and arguing over substantiation can even extend this into years. To protract the matter further, it is easy for a tenant to take a very hard stance in dilapidations, for as long the money being claimed is in their account, they have little reason to be particularly proactive. Any proactivity is more likely to come from their surveyor representative, whose fee is often linked with a formal conclusion to the matter.

The Dilapidations Protocol states that all communications between the respective building surveyors be transparent and an accurate record of the negotiations are taken. I have increasingly found that running through each item of claim and commenting on cost has become a needless exercise, only really undertaking this to satisfy obligations under the Protocol. What I’d like to see post-lease termination, is a fully tendered schedule of works with the opportunity to comment on the breach and remedy only. With the costs market tested, and with evidence of any supersession provided, in most cases this could speed up the whole process.

As I said previously, there are many variables that affect the course of a dilapidations matter and the proceeding negotiations are rarely straight forward. Landlords and tenants need good, bespoke advice and you’d be surprised how hard this is to come by. Surely, the outcome of a dilapidations matter should not be dictated by the ability of the surveyor to negotiate well, but based on fact. This is certainly the intention of the Dilapidations Protocol but I’m not convinced this is being achieved in practice. Acting in the best interest of your client is commonplace, regardless of whether you’re acting for the landlord or tenant.

Now the market is improving, old habits are dying hard. As a tenant surveyor, I will continue to ask my standard questions going forward such as: is the property being marketed, have you had any interest, are you procuring the works, have you undertaken a Section 18 valuation, and what are your intentions?

I started writing this article to provide an insight into the dilapidations process that I’m sure all building surveyors share, but actually, this has made me question the current dilapidations process and consider how it could be improved. Perhaps a positive market shift will reduce some of the pressure on landlords as new tenants begin to snap at their heels once again?

Published in Property News, March 2015. You can read the original article here. 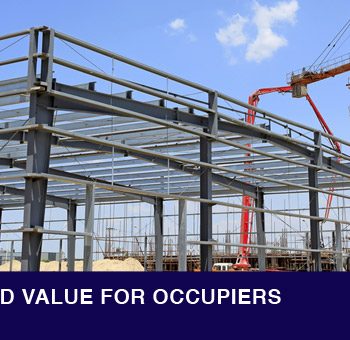 The Truth about Working at CS2